The CPFT Board of Directors is made up of executive and non-executive directors, led by a non-executive chair. The Board is responsible for ensuring that the Trust is accountable to the public for the services it manages.

Details of the Board of Directors' meetings can be found at the bottom of this page, along with copies of our Constitution, Gifts and Hospitality Register and Register of Interests. 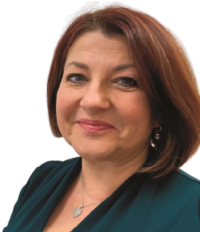 Penny began her 30-year career with the NHS in Leicester as a registered nurse and after spells in London and Cambridge – where she gained experience in both in-patient and community midwifery - she became Head of Midwifery at the former Peterborough District Hospital in 2009.

She was appointed North West Anglia NHS Foundation Trust’s Deputy Chief Nurse in 2020 and was promoted to her previous role last year.

Board of Directors' meetings

Meetings of the Board of Directors are open to the public, so anyone can attend. Due to the COVID-19 pandemic, meetings will be held via video conference until further notice. Details of upcoming meetings can be found below, but for more information, please contact our Trust Secretariat at corporateoffice@cpft.nhs.uk. The meeting papers for the previous year's meetings can also be found below, but any other previous meeting's papers can be requested from the Trust Secretariat.

​​​​​This meeting is being held on Zoom, which members of the public are welcome to join. To request the joining details, please contact the Trust Secretariat at corporateoffice@cpft.nhs.uk. Questions in advance are also welcome and should be sent to the Trust Secretariat by 10.00 on Monday 18 July 2022.

Constitution, Gifts and Hospitality Register and Register of Interests