Alice’s story: How my family and the support of CAMHS helped me on my recovery from an eating disorder | News

An 18-year-old who has overcome an eating disorder following support from clinicians at Cambridgeshire and Peterborough NHS Foundation Trust has urged others to seek expert help.

Alice Bennett, who says suffering from anorexia was like being “taken hostage”, has spent nearly a year receiving treatment from CPFT’s Child and Adolescent Mental Health Service.

Now she and her mother, Georgie, have spoken candidly about their experiences of battling what they have a called “a secretive disease” in a film which is available on the Trust’s YouTube channel.

The A-level student’s eating disorder first surfaced following the initial lockdown last March when she began restricting her eating and exercising to the point of exhaustion.

Alice said: “I could never see for myself any weight loss and I didn’t realise what I was doing wasn’t normal. But I didn’t know how to stop. There wasn’t anything specific that triggered it, but obviously being in lockdown was quite a big stress for me and over time it got worse and worse.”

Georgie said: “You couldn’t rationalise with Alice at all. I would wake up in the morning and she would be downstairs exercising and she became very secretive about how she was exercising and hiding food. I had never encountered anything like it before.”

Georgie spoke to Alice’s school, and the family’s GP, before her daughter received a referral to CPFT’s CAMHS team

Alice and a clinician developed a meal plan together to get back to eating normally and return her weight to a health range, but it wasn’t immediately successful.

“It didn’t work initially,” said Georgie. “The anorexia got worse and worse. Despite being on a meal plan, Alice didn’t want to get better. She was still hiding food, throwing food away and constantly trying to exercise. It was awful.”

Alice also received support from CPFT’s Intensive Support Team which provided specialist help to the teenager and her family – but the decision to turn her life around was very much hers.

“It definitely needed to come from me, the choice to get better,” she said. “The professionals, my family and my friends could tell me as many times as they like to get better, but ultimately I was the only one who could make that choice.

“The voice in my head was so strong. I was taken hostage by this voice so I needed the support from CAMHS and my family.”

Alice and Georgie, who live near Oundle, advise others in a similar position to seek help as early as possible.

Alice, who plans to study French and German at university, said: “Last summer, it was really hard to see light at the end of the tunnel. I felt for a long time that there was no way I could get better.

“As soon as you start making the small steps it starts getting easier – if you just take one thing at a time.”

Georgie said: “CAMHS have been absolutely amazing for us. This disease is so secretive. It turns your child into a lying, secretive person you have never met before. So I would say seek support and get professional help because you can’t do it on your own.” 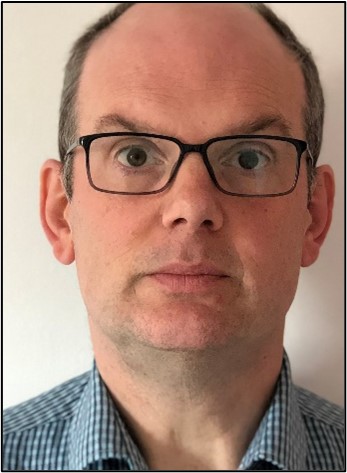 sychiatrist with CPFT – who also appears in the film – says family support can be vital in helping young people overcome an eating disorder.

He said: “We work very closely with parents to support young people with their eating disorders. Our initial approach is always very family-orientated and thinking about how we support the whole family with the illness, and achieving recovery through working with them and in the patient’s home or in the community.”

Advising parents and carers, Dr Basher said: “The positive news is that 80 per cent of young people make a very good recovery. But the message we want to get to get across is picking it up early if we can and for people not to be scared of having the conversations - and to be persistent in that.

“The illness can be very secretive. Often when first asking someone with an eating disorder if they are ok, they will tell you they are ok and try and tell you everything is fine. But if you have genuine worries, speak to family members, persist in trying to understand, speak to your child about what’s going on, and seek some help.”