In a virtual session, he presented a preliminary study with CPFT which is exploring how neuroinflammation in the brain could help predict how dementia with Lewy bodies develops and changes in people over time.

Peter said: “There is increasing evidence that inflammation plays a significant role in dementia with Lewy bodies, both peripherally - in the blood, and centrally - in the brain. What is less well understood, is how this inflammation impacts cognitive decline. For this study, we used positron emission tomography (PET) imaging to measure inflammation in the brain in 19 people with Lewy body dementia, and blood tests to measure the levels of cytokines – the immune cell messages in the blood. Higher levels of inflammation in the medial temporal lobes involved in memory and specific cytokine signatures were associated with future cognitive decline. Whilst this was a small study, further work in this area could help identify immune pathways to be targeted in future clinical trials.”

The winning poster is available to view below. Further results will be published in future. 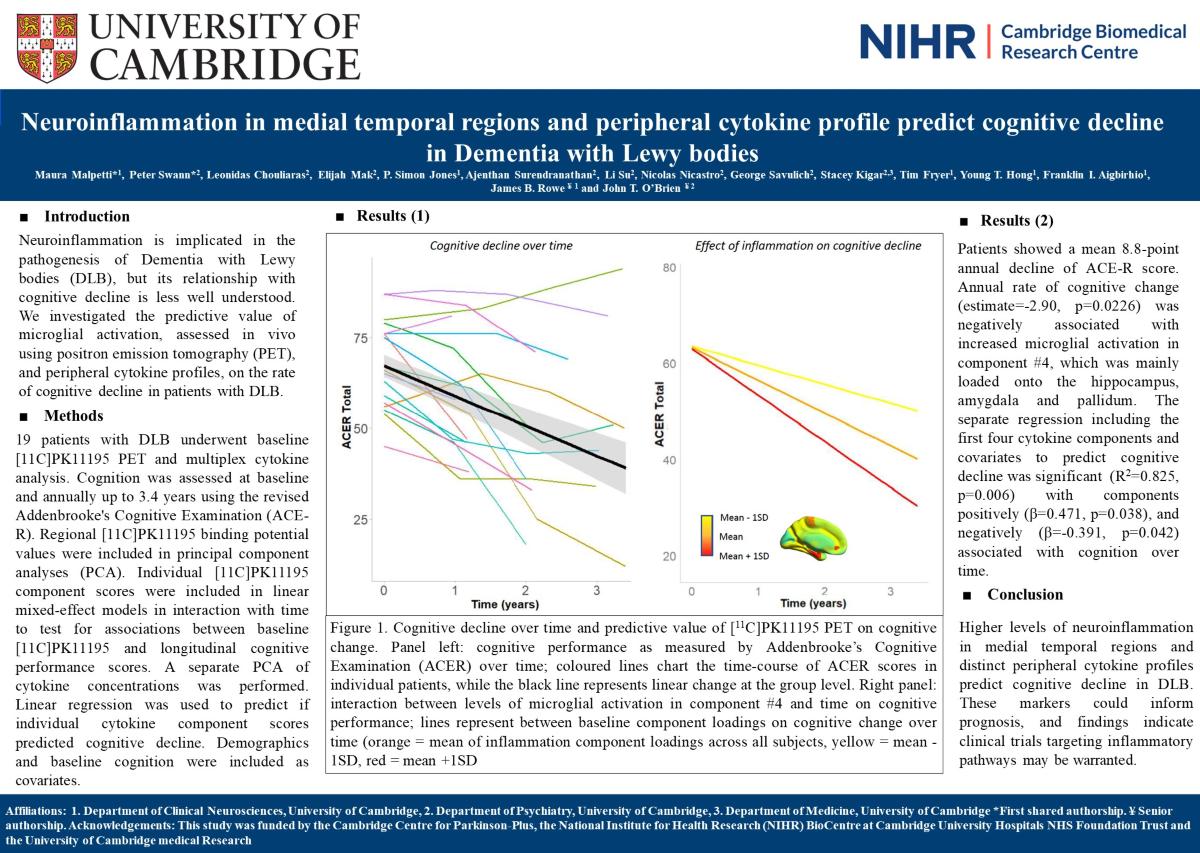 Peter's supervisor, CPFT honorary consultant psychiatrist and world expert in Lewy body dementia Professor John O'Brien said: “I am delighted that Peter was awarded this prize, among many other excellent UK and international entries. This is well deserved and recognises the outstanding work he has done within our Lewy body dementia research group, supported by CPFT’s specialist Windsor Research Unit and the University of Cambridge. This study highlights the potential importance of brain inflammation as a driver of disease in dementia with Lewy bodies.”

CPFT is one of the top UK NHS Trusts for dementia studies and offers many opportunities for people and their carers to take part in Lewy body dementia research. If you are interested in participating, or know someone who might be, please contact the Trust’s Windsor Research Unit on 01223 219531 wru@cpft.nhs.uk. You can also register on the national website to hear about opportunities to Join Dementia Research with the National Institute for Health and Care Research (NIHR): www.joindementiaresearch.nihr.ac.uk